Charibasa (チャリバッサ) is a Sabara Uberhero first introduced in Patapon 3. His power shines the most at mid-range combat, mowing enemies down with thrown spears and using his chariot's wheels to fend off closer enemies. Charibasa relies on critical hits to maximize his damage. Defensively, he must rely on inherited Class Skills from Yarida, Pyokorider, and Cannassault to maximize his strengths, meaning he will be weak if the other classes are not developed alongside him.

Charibasa initially sports a pale mint mask in the form of a Sabara Rarepon and wears an lavender cape by default.

Charibasa can be equipped with:

"Attack near and far simultaneously. Throw spears to pierce far-away foes, and spin wheels to toss those nearby."

During Shwoop-fling, Charibasa launches his spear forward, similar to Yarida's Fear Spear. However, Charibasa's spears have a greater horizontal range, pierce enemies and terrain, and explode on contact with the ground instead of targets. Visually, the spears and the explosions are golden, compared to Yarida's teal colors. When the spears are thrown, Charibasa also revs his chariot wheels quickly, knocking back enemies that might be too close for the spears to hit.

Charibasa can equip up to two Set Skills. At level 20, he can equip another Set Skill, for a total of three.

When using certain charged commands, Charibasa has the ability to support his allies: 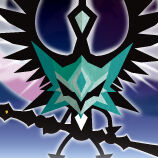