Kibadda (キバッダ) is a Kibapon Uberhero first introduced in Patapon 3. Riding upon a horse and carrying a shield, Kibadda can hold the frontline as well as any Taterazay-class and can push enemies back by charging forward with his halberd.

Kibadda sports a white mask and wears a maroon cape by default. His default hairstyle is a ragged ponytail.

Kibadda's mask remains the same as he evolves.

Kibadda is at level 3 when unlocked, which is when Yarida reaches level 3.

"Charge at foes at high speeds with a glowing mantle that boosts attack power. Hit hard, then back off!"

During Mad Charge, Kibadda rushes up close to the enemy, scoring many hits, before falling back to the army every measure, like a normal Kibapon. This can deal out massive damage or status effects in a short amount of time, especially with the Class Skills Assault Hits 1-4 fully upgraded. Unlike the Kibapon Hero's "The Destroyer" in Patapon 2, Kibadda will always retreat after every attack, instead of constantly charging ahead.

Upon activation, Kibadda will shout, "Sugetosshin! (スゲトッシン!)" and a neigh of a horse is heard while rampaging through enemies.

As with all Class Skills, each skill requires 100,000 experience to master. The amount of experience gained is dependent on the skill. Kibadda's Class Skills will be inherited by Pyokorider.

Kibadda can equip up to two Set Skills. At level 20, he can equip another Set Skill, for a total of three. 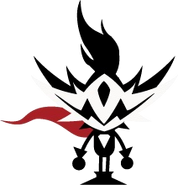 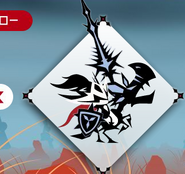 Ton as a Kibadda
Español
Community content is available under CC-BY-SA unless otherwise noted.
Advertisement